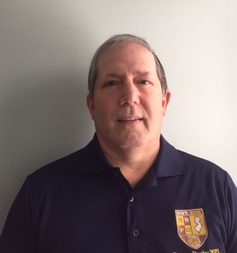 Hall of Famer. Director of Rugby. Head Coach. Rowan Rugby Boosters President. Program Builder. In his eight years at the helm of Rowan Rugby, Curt Gruber claimed each of these titles.

In 2009, Coach Gruber became the first head coach of a fledging club side competing in the Met NY Division III with approximately 20 players. Operating on a shoestring budget and facing many obstacles, Coach Gruber made his first, and most important, decision by recruiting Steve English to be the strength and conditioning coach. Together they made an immediate impact. The club recorded their first winning season that year. And things would only get better. Over the next years, Coach Gruber established a standard of excellence and demanded the most from his players on and off the field. The results speak for themselves. Four conference championships, four undefeated seasons, eight year home unbeaten streak, six national playoff appearances and three final fours. And throughout this time, Coach Gruber graduated countless players who matured into terrific young men under his guidance. He leaves a program with 80 players competing at the DIA level with a development team competing separately at the DIII level. In 2017, the rugby team was voted Rowan’s “Club of the Year.”

Coach Gruber somehow also found time during his tenure to create the tax exempt Rowan Rugby Boosters, the alumni weekend, the yearly awards dinner and homecoming. In short, Coach Gruber built Rowan from modest beginnings into a national program with a powerful reputation. Without Coach Gruber, it is unlikely Rowan Rugby would still be in existence, let alone experiencing continual success. He leaves behind a legacy that will never be matched. It was surprise to no one, except perhaps his own modest self, that Coach Gruber was inducted into the inaugural Rowan Rugby Hall of Fame in 2016.

Coach will still be active in rugby and will undoubtedly be a familiar face around the program for many years to come as he takes on new challenges. Head fifteens coach, Scott Wilson, has been named Coach Gruber’s successor as Director of Rugby.

The entire Rowan family – coaches, parents, alumni, boosters, sponsors and players owe an incalculable debt of gratitude to Coach Gruber for all he has done. We all wish him the best in his retirement.

Find us on Social Media